The music background on the live stream plays an important role. But where to get it and what are the rules for its use? For example, Twitch has a lot of rules on this. And we'll help you to understand it ...

If you're a streamer on Twitch, then you probably know that without good music you can't successfully attract viewers to your stream. The main thing is to choose the right music that corresponds to the atmosphere of your channel. For example, energetic electronic music is not suitable for a calm stream, as well as slow tracks are not suitable for a fast stream. The same applies to notifications, alerts, sub sounds, etc. Any soundtrack should match the theme of your stream channel.

But do you have permission to use it? Some streamers don't know this or simply ignore it. So you need to remember that commercial music can be protected by copyright laws. That is, the rights to use the song always belong to some organization or person. So be prepared for the fact that they may demand financial compensation from you for the license. Or you may have to problem with the law. And it’s not about where you got the song, it’s about having a license.

But don't despair if you're strapped for cash. We'll try to help you find the right background music for your stream content. Just don't forget about the rules for using music on Twitch. 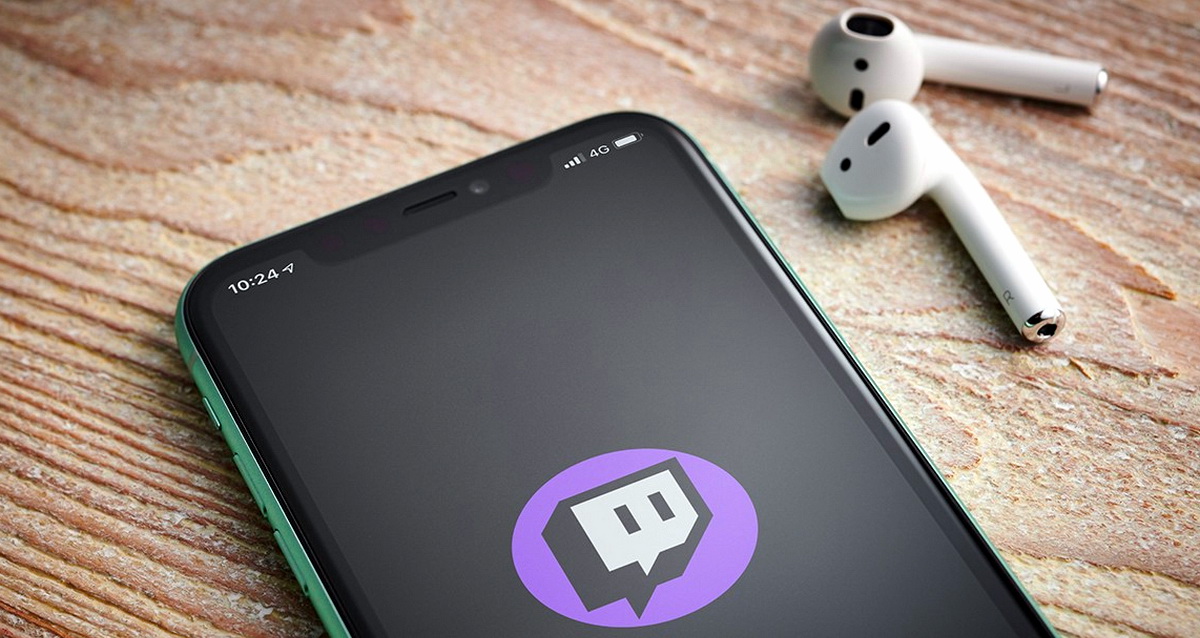 If you break Twitch rules in this matter, you might even get your account blocked. After all, using music in a livestream without the owner's permission is a direct violation of the platform's terms and conditions (don't forget about the copyright law violation as well).

What do you need in order to use music on Twitch freely? You must have a license, permission to use the music, or copyright. Or try to find music that is already in the public domain. Better yet, if the music is copyright-cleared.

And don't think about outsmarting the law. For example, to use on the livestream only short snippets of songs that last less than a minute or even a second. After all, the length of a piece of music does not exempt you from liability to the law. It's the same violation! And if you haven't already been caught doing it, rest assured that someone will report it at some point and you will face imminent punishment (if you want to learn more about Twitch's music policy, you can do so here).

We'll just give you the general rule for using music on Twitch, which is simply: don't use music that doesn't belong to you! You can buy copyright licenses at special websites, or use music you've created.

If you don't want to violate copyright law, you need the owner's permission to use the music. Buying music from iTunes, Amazon Music or Google Music and then using it on the livestream is also illegal (because they don't give you broadcast rights). It's only for your personal listening pleasure. This is how the law protects the creators of intellectual property and their works. So don't steal from the artist! Twitch thinks it's illegal too and uses a special algorithm to scan your videos, which can automatically detect and remove your illegally used music. If the algorithm incorrectly mutes videos, you can appeal to Twitch (read more about it here).

Also, you should know that any author can report about his copyright infringement to Twitch if the artist thinks his intellectual property is being used illegally. Such a complaint can also be made by his record company or even a vigilant fan.

Besides, there's also a synchronization and a mechanical license. Thus, if you are using a remix or cover, it may also be illegal (if it contains most of the original material). Because by performing that version of a song on your own livestream, you're doing it on a public platform. And you would still need a license.

Alternatively, you can use music from streaming & media service Spotify on your Twitch channel. But be warned, it too is subject to all of the above rules. And without the copyright owner's permission, you can't play it on your livestream.

And while a Spotify subscription is paid, that doesn't mean you automatically get permission to broadcast it (and some kind of license). Such a subscription merely gives you the right to listen privately. And don't expect Twitch to overlook it. Twitch won't risk violating the DMCA (Digital Millennium Copyright Act) because of your illegal use of music from Spotify on the livestream. After all, it could even threaten them with a temporary or permanent ban.

But what does it take to legally play songs in a Twitch stream? Get the necessary permission. To do this, you need to negotiate a synchronization license with the artist (management) themselves and pay them money for using their works. There is no single price per, but not famous artists usually charge up to $300. But if it is a big star, the amount can go up to $10000! 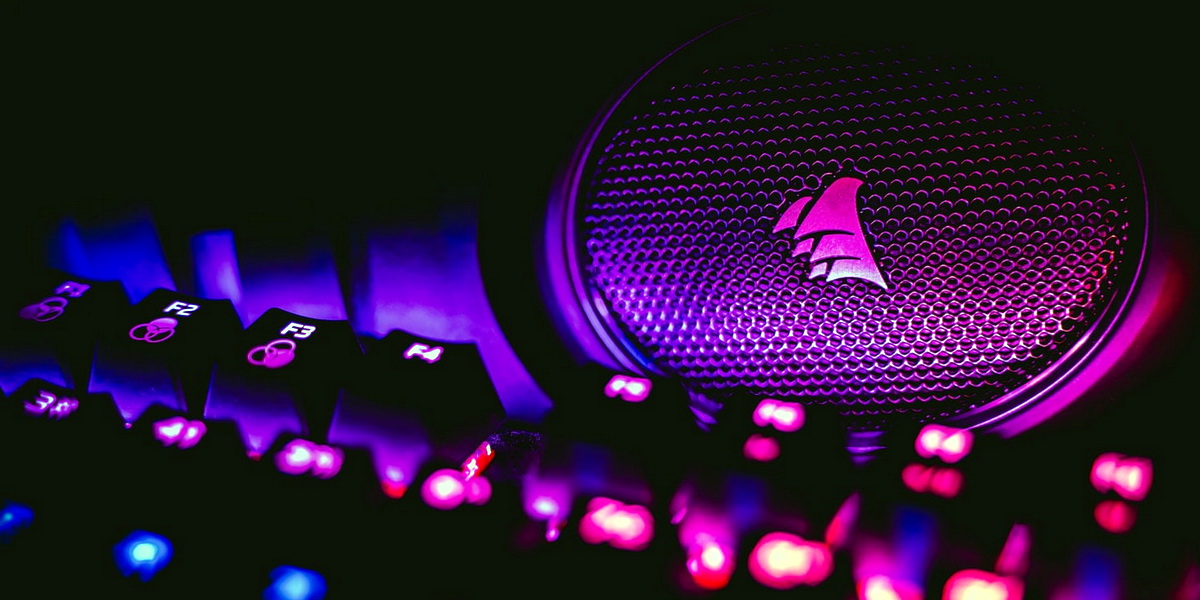 Then what kind of music, can you use while streaming on Twitch? There are always variants. Music libraries, for example. If you search the Internet, you're sure to find one. In such an online library, you can find licensed (or copyright-cleared) music and use it in your livestream. There's music for all tastes. Just choose the genre or style that works best for you. That way you'll find the background music you want for your Twitch broadcasts. Prices in such libraries vary depending on the services. It can be a subscription giving you full access to use any content or paying per song with a license of a track one at a time.

By the way, Twitch used to have its own music library, too. Streamers could freely use the collection from Twitch Music Library for their streams. Now this service has been discontinued.

You can also use copyright-free music for your streaming. Yes, there is such a collection! This music, for reasons unknown, is not legally copyrighted. Therefore, you are free to play it on your Twitch broadcasts. Various platforms provide such music for Twitch. Free services include Mixkit, Bensound, Purple Planet, and Music Cellar. The paid ones include Adobe Stock Audio (a monthly subscription will cost you £29.99).

Also suitable for you is public domain or Creative Commons music (sometimes it will need to be credited).

Note, Twitch has a special setting - Stream-Safe music mode. It will not allow you to use copyrighted music during the live broadcast of the game. With this setting, you will not be able to accidentally violate copyrights.

Please note, the games you streaming, may contain some music fragments that are protected by copyright. They will have to be turned off. But your audience must hear the sound effects (or dialogue) in the rest of the stream. So go to the streaming settings and find the "only play stream-safe music" section. Then turn this feature on.

Twitch has its own collection of music for streaming - the Soundtrack by Twitch (Beta) service. All of these music tracks, cleared of copyright. Therefore, you can legally play it in your Twitch streams. But their music is specifically licensed only for Twitch (so you can't use it on other platforms).

This way, Twitch helps you get access to licensed music. It integrates with your streaming software. And you, as the creator, can easily create quality content by legally using the rights-protected music.

The Soundtrack by Twitch service has compiled all types of music into its digital library. Made in partnership with well-known distributors such as United Masters, Empire, Dig Dis, Westwood Recordings, Alpha Pup, Repost by SoundCloud, etc. 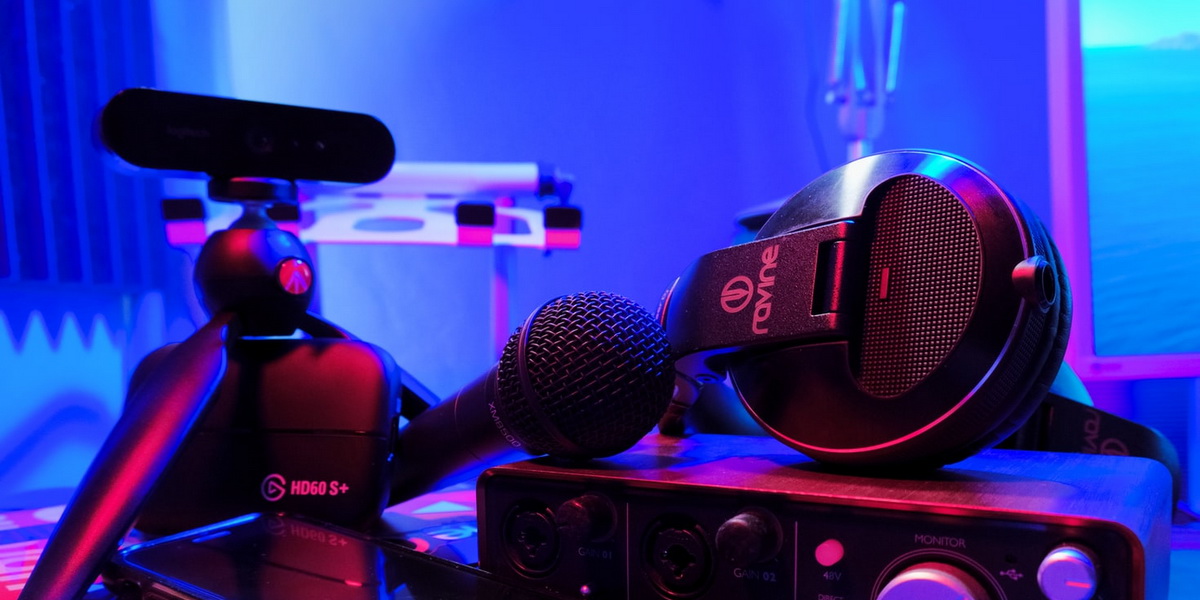 Twitch Administration has updated the section with the rules for streamers, which refers to violations of the DMCA (Digital Millennium Copyright Act). The main change is that now getting three strikes will be regarded as a repeated violation of the rules, which means that such channels will be subject to blocking.

Twitch management reminded that there are two convenient tools for streamers to remove other people's copyrighted content from their channels. We are talking about both live streaming and moderating saved recordings. If content creators think they got a strike for violating the DMCA undeservedly or by mistake, they can appeal to the administration through the appropriate form (we have already written about this above).

The second important point in the new DMCA rules is that the strikes will now disappear automatically after some time. A similar penalty system already works on YouTube.

Earlier, getting a strike for violating the DMCA, the streamer had to go directly to the rights holder and ask him to withdraw the claim. Now, the strikes will be valid for a certain period, after which they will disappear automatically. Exactly how long the strikes will last is unknown. The administration points out that their duration "must be sufficient to ensure that the streamer is not a persistent violator of the rules"...