FOR WHAT GETS BANNED ON TWITCH

Why gets banned on Twitch?

The logic of the service is difficult to understand lately, but still, let's try to identify the main points in our article.

However, these rules can be applied by Twitch not only to the actions of the streamers directly on the service but also outside of it. For example, a streamer can also be banned for making an unflattering statement on Twitter.

The most interesting thing about this point is that none of the representatives of Twitch can explain what exactly is meant by "insult". First of all, it is a subjective assessment of the streamer's actions by the Twitch administration. And it is almost impossible to predict what they might find offensive.

“You should only share content on your Twitch channel that you own, or that you otherwise have rights to or are authorized to share on Twitch. If you share content on your Twitch channel that you do not own or otherwise do not have the rights to share on Twitch, you may be infringing another person’s intellectual property rights. This includes any third party content included in your content, derivative creations, or performances of others’ copyrighted content… Multiple violations of our policies may lead to a permanent suspension of your account”,- thus says Twitch community guidelines about using third-party content.

Content is anything that can be copyrighted. The proverbial DMCA, which has been plaguing streamers this year. Either you remove what doesn't belong to you, or you go to ban.

Ban for the actions of others on your broadcasts

“Creators are role models and leaders of the communities they create or foster around them. Creators should consider the consequences of their statements and actions of their audiences; we ask that you make a good faith effort to quell any efforts from those in your community to harass others”,- states Twitch community guidelines FAQ.

In other words, you are responsible for everything that happens during your broadcasts in the chat. If someone writes to you something that is prohibited by the rules of the resource - it is you who must promptly moderate and delete from the chat what should not be there. 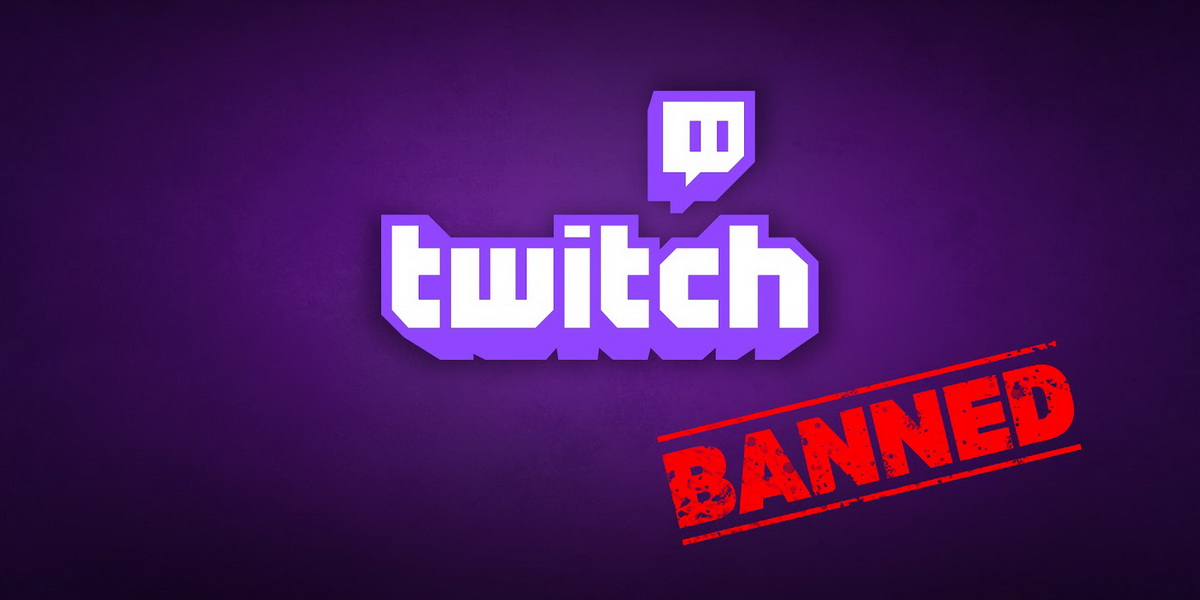 “Nudity and sexually explicit content or activities, such as pornography, sexual acts or intercourse, and sexual services, are prohibited”,- are quite clear about the Twitch community guidelines.

The streamer's personal life should not be got on the screen.

Separately, Twitch explains the form of clothing for streaming, or rather how you can not dress for the broadcast. “We don’t permit streamers to be fully or partially nude, including exposing genitals or buttocks. We do not permit the visible outline of genitals, even when covered. Broadcasting nude or partially nude minors is always prohibited, regardless of context”, - says in the guidelines.

“Any activity, such as cheating, hacking, botting, or tampering, that gives the account owner an unfair advantage in an online multiplayer game, is prohibited. This also includes exploiting another broadcaster’s live broadcast in order to harass them in-game”,- inform Twitch community guidelines, hinting at a possible ban for stream sniping.

Cheating and dishonest game in principle are not very good, and on Twitch for this can also be punished with a ban.

Ban for non-compliance with the partnership agreement

What you post on Twitch as an affiliate cannot be posted anywhere else for 24 hours after the end of the broadcast.

And the ban is not the worst punishment for violating this rule. You can also lose your partner status.

It's important to make a few clarifications here. Because at first glance it may seem that you can't post your stream and its video anywhere outside of Twitch for 24 hours after the broadcast.

In practice, however, many streamers make streaming on multiple platforms at once, and very rarely Twitch pays attention to this. But only if you are not their partner. Partners can already be sanctioned by Twitch. Starting from a simple warning to the deprivation of partner status and the inability to removing the money earned on advertising from Twitch affiliate.

There is one rescue from bans, in addition to following all the rules established by the platform - it is a unban request. You can always appeal and explain your behavior - maybe you really did it unintentionally and did not want to offend anyone on the livestream. But proving your innocence is quite an art.

Few people manage to do this, and when they do - it's really very happy that there is such an opportunity.