MOST POPULAR TWITCH EMOTES OF 2022

Live streaming service Twitch, summed up the results of the year 2022 and made the top 5 most popular emotes. A special page with statistics appeared on the official website of this platform.

The HeyGuys emote turned out to be the most popular among users of the streaming service - it was sent more than 1.4 billion times. More than a billion mentions also turned out to be the LUL emote from the second place in the ranking. By the way, about Twitch emotes we wrote earlier in our article...

So, let's look at the stats in more detail! 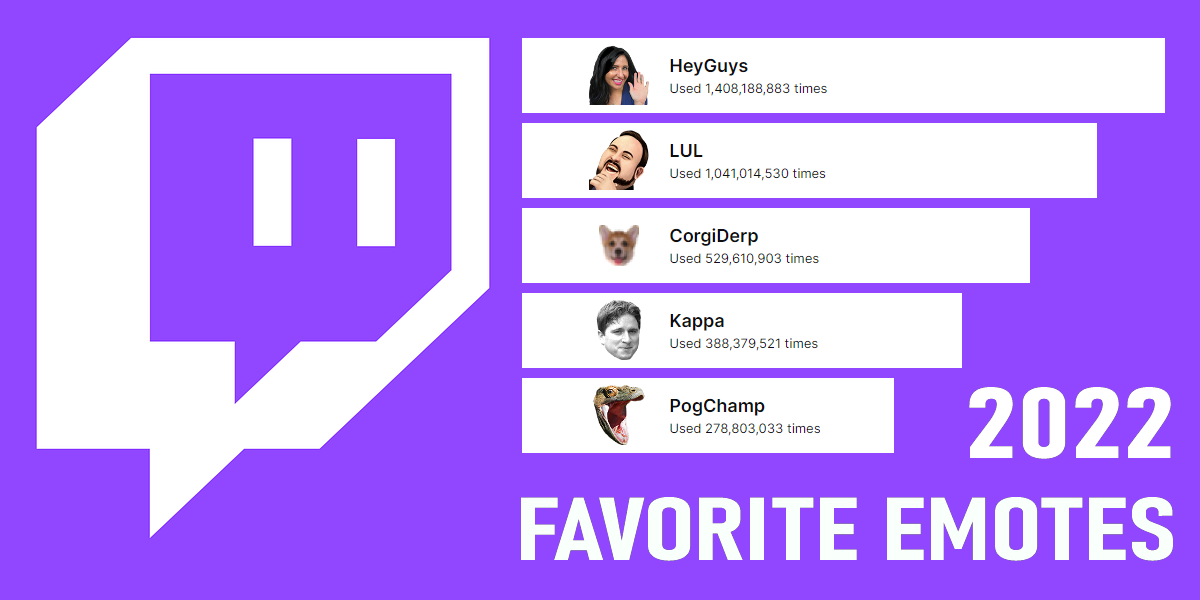 It seems Twitch in 2022, has set a new record: viewers spent over 21 billion hours watching across 223,000 categories while sending over 49 billion chat messages. Then numbers were distributed as follows: hours streamed - 789 million, unique tags - 1 million, and new streamers - 11 million.

P.S. In addition to general stats, Twitch viewers can learn their own scores. On the special tab on the streaming service website, there are available top emotes, content creators, and the most viewed personal categories...