Just one year ago, from the most popular Twitch platform were significant data leaks, called in media “Twitch Leak”. This also relates to Twitch’s internal security tools.

Of course, this information is still not officially confirmed by anyone, but at least now the community has the opportunity to acquaint themselves with these files. The question remains, who did it and why? Probably unknown hackers in order to break Twitch's monopoly in the game streaming industry. Or maybe to see the public's reaction. Who knows. But at this point Twitch was completely compromised.

Let's take a closer look at this hack...

The full information that appeared on social media contains approx 128 GB of secret files. These include the GitHub source code used for Twitch clients, information about software like IGDB and CurseForge, and code related to proprietary SDKs and internal AWS services.

In addition, it was possible to learn about some unannounced projects including one called Vapour (Vapor). This is the Amazon platform product, that will compete directly with Steam. It is currently unknown whether the game library will be announced, but it includes all the features Twitch, which would make it easier for streamers to transfer games to the platform.

But the main interest among users was caused by the information posted by an unknown person, which gives an idea about the payout of 100 top Twitch video game streamers over the past three years (from 2019 to 2021 inclusive). For this reason, Twitch’s secret list quickly spread across social media. It was recognized that initially this information was posted on Twitter by a user named @KnowS0mething.

This data shared on the internet, about the Twitch streamers, contains information only about revenue from advertisements, subscriptions, and bit donations. This does not apply to sponsorship deals, social media, bonuses, and other sources of their income. 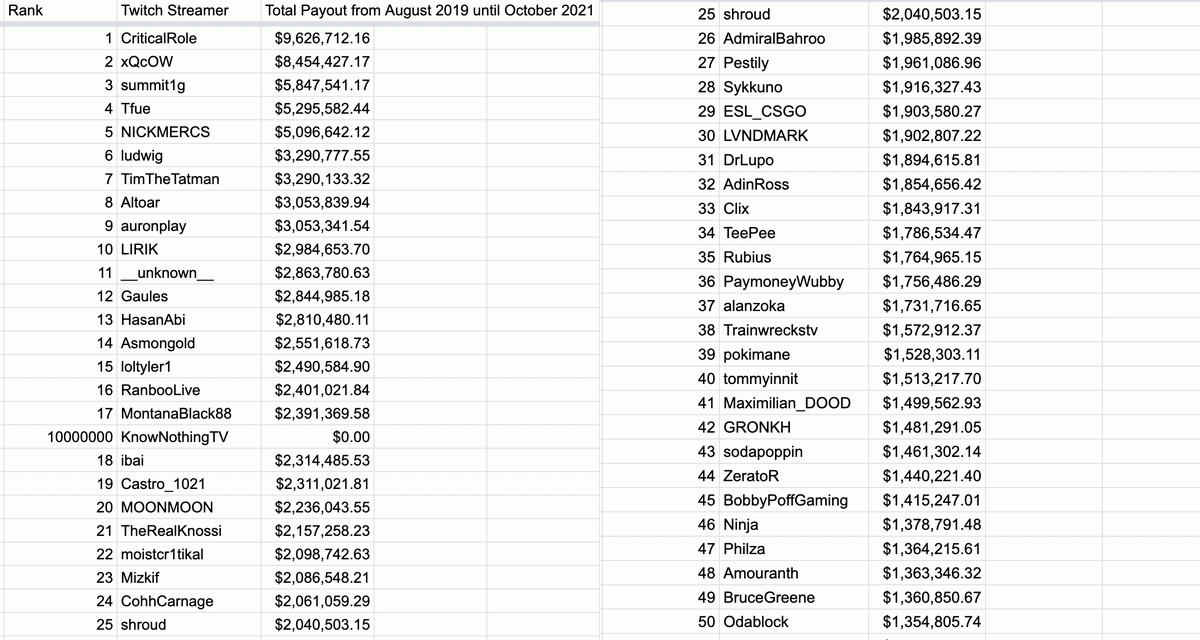 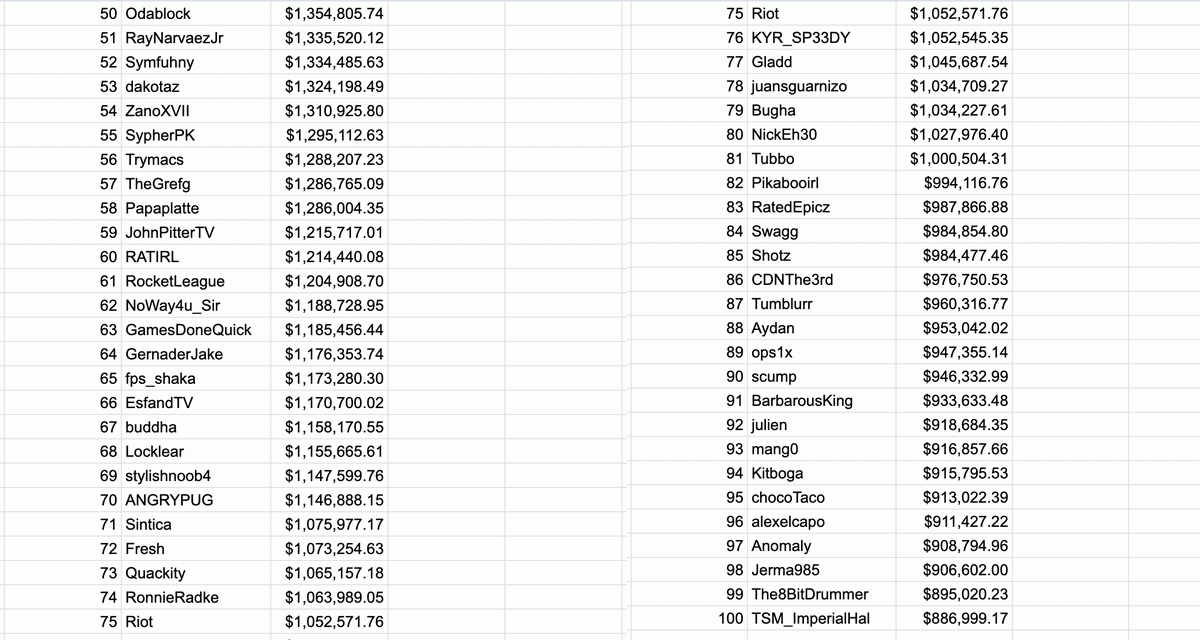 Note that the payouts of some streamers exceed an unprecedented $9 million! How did this happen? It is all known that the standard subscription amount is 50% per $5 (that is, the streamer gets $2.50). And with a simple calculation, that means that some top streamers were able to negotiate a higher percentage with Twitch. At the same time, having fewer total subscriptions.

Now, due to this information, all streamers will be able to use this data to their advantage, namely by demanding more money from the Twitch platform for subscriptions. After all, many small streamers have long been dissatisfied with the current system. Some streamers already want a 70/30 revenue split.

P.S. It will be a while before the effects of this Twitch leak subside, and maybe this is just the first part of the tranche of material. So maybe in the future, there will be something interesting, if the hackers have not posted everything...