WHAT GAME IS BEST TO STREAM: TYPES OF STREAMERS

In this article, we`ll explain how to classify a streamer depending on what content he streams and what the pros and cons of each type are.

In the beginning, you need to make an important choice, whether you will always be on the stream playing only one specific game, 3-4 games of the same genre, or any game of the mood. This decision will affect how quickly you can grow your audience.

An important success factor in streaming is regularity, which includes not only keeping to your schedule and frequency of broadcasts but also a commitment to certain games and genres you play.

Based on this, we can distinguish three types of streamers:

·  Solo-streamers. They play only one specific, most often popular game. Don’t confuse this type with the one who streams alone. In this case, refers to the number of games.

·  Genre-streamers. Play 3-4 games of the same genre or related categories.

·  Universal streamers. Stream many different games, including just chatting without any serious commitment to a specific game.

Many popular streamers began as solo-streamers, then started streaming another game of the same genre 3-4 times a month, and gradually turned into a genre-streamer. You don't even have to go beyond solo streaming. If you are a professional e-sportsman or just like one popular game, then stay a solo-streamer. The main thing is to enjoy it, first and foremost for you.

Consider in detail each type of streamer so that you can determine for yourself which game is best to stream. 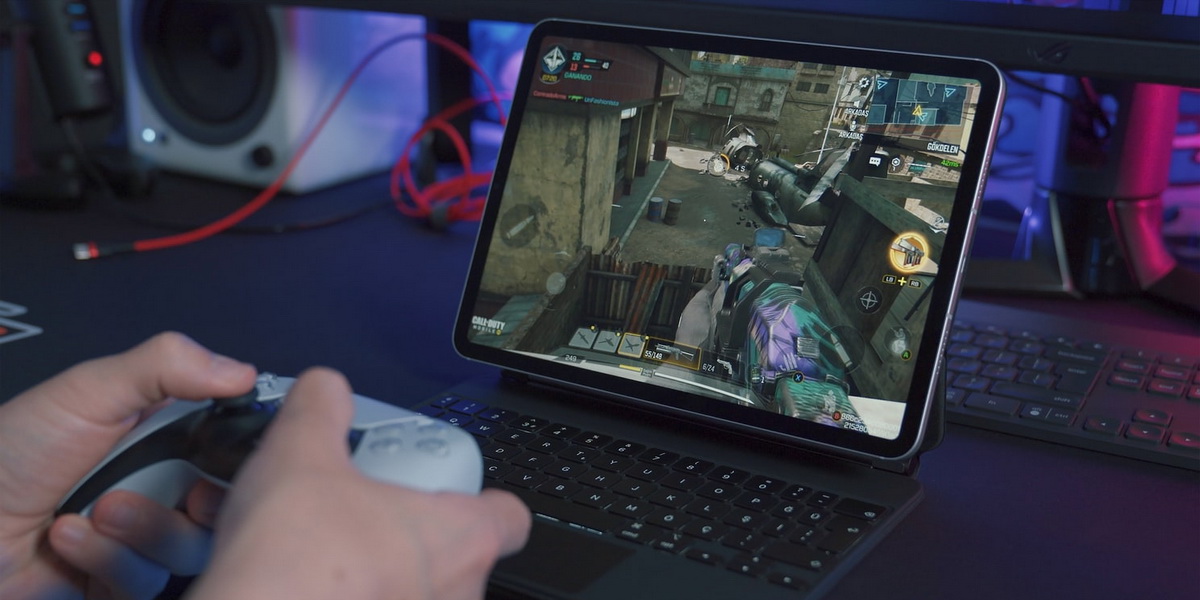 A solo-streamer is someone who plays mostly just one game. If you look at the statistics of such a streamer's broadcasts, you can see that up to 90% of the broadcast time is on only one specific game. Most often this type includes professional e-sportsmen, rarely change the game discipline and, always stream one thing.

What are the qualities of solo-streamers

·  The chosen game is popular in the world and attracts the attention of viewers.

·  You will never get bored with this game (are you an e-sportsman in this discipline or just a diehard fan).

·  You are an expert in this game and play at a very high level, you can analyze your actions and other players, give advice, teach the audience.

·  As a consequence of all of the above - you rarely lose.

·  If you have all of these qualities, it’s easier for you to attract the audience and build your community, because the audience will love what you do, since they love this game.

·  You can become "that streamer" who plays a certain character/race/hero at a certain position or using your own "Special Tactics".

·  You will have the opportunity to grow from a streamer to a professional player, announcer, trainer, or analyst of esports.

Disadvantages and risks of solo-streamers

·  If you ever radically switch to another game, you're likely to lose most of your viewers since they were watching you precisely because of the game.

·  You may lose interest in your chosen game or get tired of it.

·  Sometimes the developers curtail the project, and the game dramatically loses popularity and audience.

·  If your chosen game is mega-popular (for example, Fortnite or Dota 2), the growth of your channel can also be very long due to the high competition from other popular streamers and their requirements for quality content.

A genre-streamer is a player who is a master of a certain genre (e.g. MOBA, RTS, Shooters, Battle Royale, etc.), quickly learn to play the genre, and plays it equally high level. Such streamers can broadcast 3-4 or more games of the same genre, and feel comfortable in them.

Many solo-streamers fall into this category after gaining the basic core of their regular audience in the main game. For example, NINJA periodically switches from Fortnite to other games in the Battle Royale genre, and it does it well. Sometimes it can get tiresome to play hundreds of hours of the same game, so periodically you can relax and play something else, but of the same genre. As a rule, a regular audience reacts positively to such experiments.

What are the qualities of genre-streamers

·  The desire to play different games at a high level (rather than just come in, fool around and lose - that can only happen a couple of times, and then you can get the "noob" label).

·  The good charisma and individuality of the streamer in the presentation and design of his content stand out over the solo-streamers in these categories.

·  Different games in the same genre are generally a natural form of content consumption for most viewers. Many watches broadcasts within the same genre without a particular preference for specific games.

·  If you have good charisma and content presentation, your regular viewers will watch you in different games. But in order not to lose a large audience share, it's better to stick to the genre you originally chose.

·  You won’t be as bored as playing one game every day.

Disadvantages and risks of genre-streamers

·  It'll be harder to recruit followers and getting them to come back to the stream without focusing on one game.

·  Your online viewers will be reduced as soon as you run a non-primary game, even within the genre. There will always be a proportion of those who prefer only a particular game. 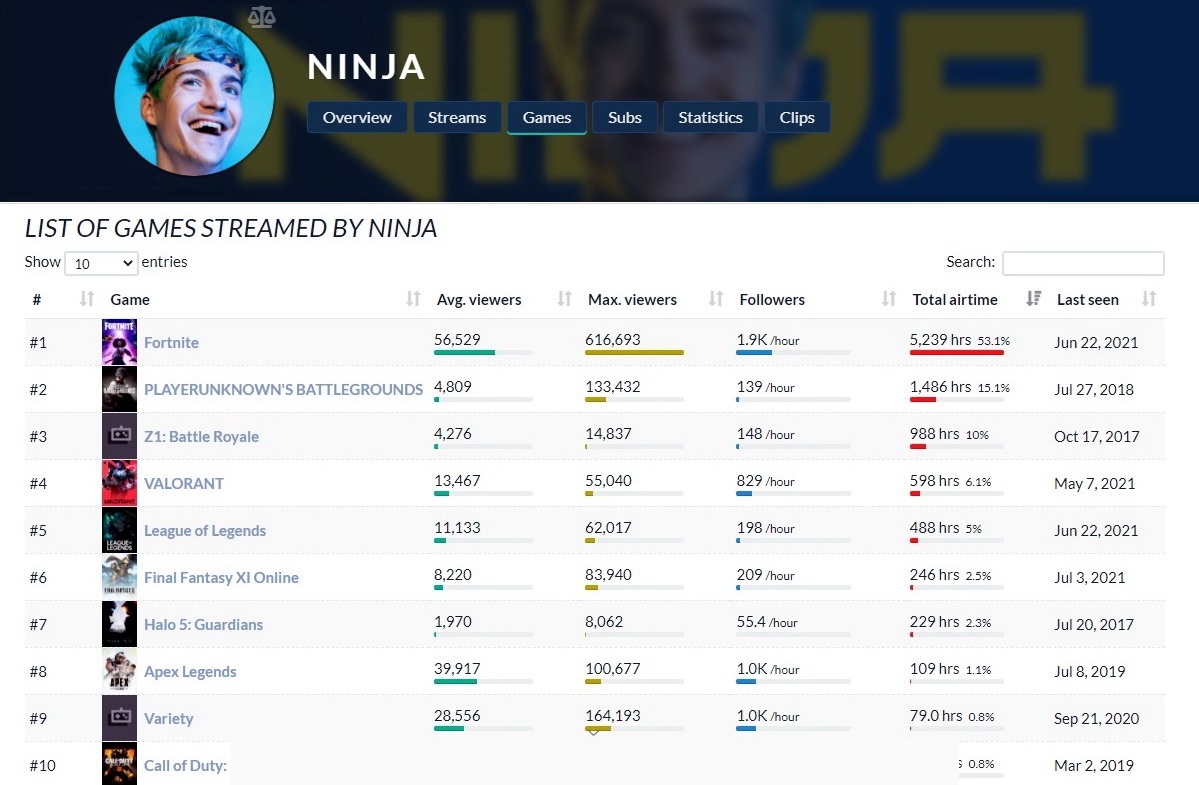 When do you really become a top streamer? When your community follows you no matter what game you're streaming. For them you are like their favorite TV channel, they are ready to watch you around the clock, even if you play a new game every day. Such a streamer can be called a universal streamer.

What are the qualities of universal streamers

·  Personality is the secret to success. Regardless of how they interact with their community, what game they play, or just chatting, the most important thing to the audience is who that streamer is to them. His charisma.

·  Such a streamer can make the process of broadcasting the game interesting for the viewer without possessing significant skills and skill in the game itself.

·  Everything is built on an interested community, which supports the streamer's channel. At the same time, the community is ready to follow the streamer to any platform, social network, and website. As an example, remember Ninja's moving to Mixer and the explosive growth of his subscribers on the new platform.

·  You can play anytime and wherever you want, wrapping it up in interesting content and presentation.

·  The main success factor is your personality and charisma.

·  The community that you build around you will automatically become your brand advocate and inadvertently begin to attract new members.

Disadvantages and risks of universal streamers

·  At the beginning stage, it will be harder for you to attract people inside Twitch, as you will broadcast different games, genres, and categories.

·  Your competitors will be all the top Twitch streamers, with which you will somehow cross over on the platform when broadcasting any game.

·  To become such a streamer, you have to work on content many times harder than anyone else.

Is it necessary to progress from one type to another?

It seems as if this question is begging, because, in the course of the article, it may seem that you have to start with solo-streaming, therefore expand the genres and eventually become a universal streamer.

Actually, this is not the case. Not everyone has enough charisma and charm to build their community solely on their personal qualities. If you are an e-sportsman, there is no reason for you to distance yourself too much from your main game, because even live stream playing is practice for you. If you're already finishing up your career in esports, it makes sense to think about expanding the number of games on the stream within the same genre.

The main thing is to do it slowly and explain to your audience why you occasionally streaming a different game. The right transition from solo-streamer to genre-streamer can be illustrated by an example.

“Let's say you've been playing PUBG for about a year at a high level. You regularly rank in the TOP, you have achieved impressive growth and skill, but you gradually get bored with monotonous maps, bugs, and negative gameplay elements, so you want to try yourself in another game. However, your audience won't be interested in you "trading" PUBG for Heartstone, because the games are nothing alike at all. So you decide to play Apex Legend on a Friday night, setting your audience up for it beforehand. Then for a few weeks, you play PUBG on weekdays and Apex Legend on weekends. This way you gradually educate your viewers about both games, and in the future you can have many more streams of Apex, gradually forgetting PUBG”.

To sum up the above, I would like to conclude: be yourself and play what you like. It's up to you to choose which game you want to stream. Enjoy the process, and your community is sure to follow you and the sincere play of your favorite games.