HOW TO RAID ON TWITCH

Not so long ago a feature appeared on Twitch with the help of which streamers can send their audience to the channel of another streamer. In short, it is a Raid. We mentioned this briefly earlier.

If you want to raid on Twitch, it's not that difficult. In this article, we'll tell you what you need to do. You will be able to start to raid yourself using this new method of hosting.

Just don't confuse raiding and hosting! These processes are similar, as they both help expand your audience and increase the visibility of another streaming channel. But the difference is that hosting is an accommodation of your channel. The process where your streaming is moved to the channel that is hosting you (but you continue to broadcast on yours). So viewers going to the channel that has hosted you will see your broadcast. And raiding is when the audience of the channel that is raiding you moves to your channel. This is done on your streaming, not on another account. 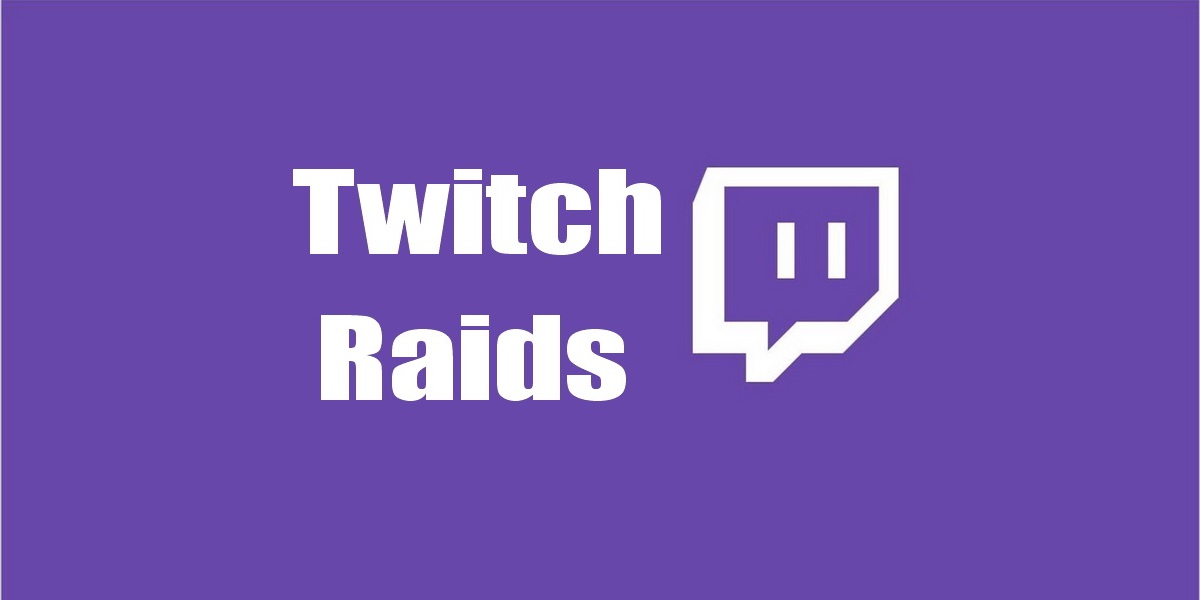 What is a raid?

Want to know what a raid is in more detail? It's a new form of hosting that only needs to be done at the end of your live stream video. Then you (and your viewers) can move to another channel and thus befriend another community.

You could even say that the Twitch platform is interested in streamers collaborating with each other and communicating with their communities. In addition, it helps streamers to develop.

Of course, raiding on Twitch, will not immediately help you advance as a streamer. But using it you can get benefits from this process. For example, establish connections with other streamers, as well as expand their communities. And also increase the reach of the audience.

By the way, before you choose which channel to raid, don't forget to carefully study their content. Consult with your viewers. You can even ask another streamer in advance if he's interested in raiding his channel.

Try to avoid the big channels. It's better to look for channels that are similar in topic. It should be interesting for both of you. That way you'll have a better chance of getting back in touch. And more effective for helping other streamers. The main thing is to make connections and become allies.

When you have finished your live stream, you should send your viewers to the target channel that is still streaming. This way you will, for example, help a beginner streamer become more visible. Plus, you can let your viewers know what you think of them by keeping your audience "alive" with another channel, even after your broadcast is over.

To raid, you must first let your audience know. It shouldn't come as a surprise to them!

So, let's get started! In to chat, type command /raid and the name of the channel you are raiding. (For example: /raid twadsgg to send your audience to the twadsgg`s channel). For quick action, you can click "Raid Channel" on the dashboard, and then find the channel you want. Or, go to “Streaming Manager” and further you click “Start Raid” on the right-hand side.

When you enter this command, you will then get a 10-second countdown message in the chat box and click there a “Raid Now” button.

Then you can already start the raid. Well, if you don't make it in time, then the raid will start automatically. After that, you (and your viewers) will appear in the chat of the other channel you are raiding. To make sure everything went successfully, you see the informative message in the chat about your raiding on the other streamer's channel.

By doing the raid, you can use your viewers to increase the activity of the other profile. The audience must enjoy participating in the discussion and watching content on the other channel.

By the way, if any of your audience wants to leave the broadcast, they can easily do so at any time.

After the raid, you can Tweet and say thank you to your audience for watching the broadcast. This way you'll remind viewers which channel you raided, especially if you add a link to this streamer's social media accounts.

The important, using raiding in a positive way. Because in addition to the fact that streamers help their channels, there is another unpleasant side. For example, some people may use raiding as trolling, achieving their own vulgar purposes. That's why Twitch warns its users how to protect themselves from abusive attacks.

Here are some tips:

1) On the settings bar look in the “Tasks” section, next, you must click the “Review Recent Raids” tab. This way you can consider previous raids and will already know who you need to ban.

2) It's up to you to control who can raid your channel. For example, allow your friends, or followed channels. You can also block suspicious accounts from raiding you. To do this, go to the settings tab and select “Creator Dashboard” from the menu. For set up, use “Preferences” – “Channel options”. Find “Raids” and tab there “Only allow raids from friends”. Now you can prohibit anyone from raiding your channel.

3) To avoid negative comments, set up a chat box only for your subscribers. You can easily do this by clicking on the gear icon in the chat box and by checking the box “Followers-only chat”. That way you can keep the process under control.

Raiding, is a good networking tool for any streamer. With this process, you can help your viewers find other streamers, expand your audience, and make the connections you need!